Vampire Rain is a stealth game that has the player sneaking around and fighting vampires with modern weapons. It is best known for being universally panned by critics.
Xbox 360

Vampire Rain is a stealth-action game for the Xbox 360 by Japanese developer Artoon, first released in January 2007. Players sneak around a city avoiding vampires that move fast and can kill the player character very quickly. Whenever you start a mission you are given weak weapons that won't do much to save you if you are spotted. But you do have a pair of goggles that have night vision and "necro vision", which allows the player to distinguish zombies from standard humans. There are some levels where you have to sneak around and not get caught, while others may force you to sneak around and then get a powerful weapon to shoot all the vampires with. Shotguns really tear up vampires and kills in one shot depending on how far away they are. Snipers are also capable of one hit kills. But most of the time, stealth and avoidance are the wisest tactics.

The breed of vampires in Vampire Rain are different from the familiar archetype. Rather than stalking their prey, they prefer chilling out on sidewalks waiting for victims to come within their (fairly limited) range of vision. When the player does get spotted, they don't call for help or anything because one is more than a match for an unprepared player. The game does give a warning of some sort that a vampire has spotted someone but isn't certain of it yet. That gives the player a chance to hide to avoid detection. But if you fail to do so, the vampire(s) will bum rush the player. Then they will swipe at the player which will take away most of the player's health. That swipe knocks you over and once that happens its game over because they will hit the player while he is on the ground.

Vampire Rain was met with poor sales and worse reception, earning a Metacritic rating of 38/100. In a review for Eurogamer, Kristan Reed wrote that "Vampire Rain had the potential to be something special, but ended up crippled by some hugely questionable design errors." 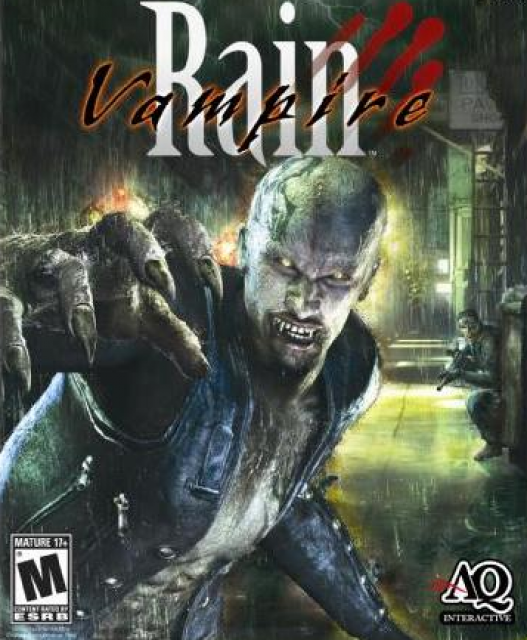