While similar in many regards to Metal Gear Solid 3: Subsistence, Portable Ops introduces players to a significant, new feature: the "Comrade System." After a mission introduces the players to the basics of the system, players can then at anytime during subsequent missions knock out or tranquilize other enemies, drag them back to the truck-turned-mobile-HQ where Campbell "convinces" the captured enemy to join Snake's cause. Multiple characters can be deployed on a mission, in the case that one falls in action. This means that failing a given scenario can only happen if players fail the primary objective or if ALL characters brought into the mission die. Any non-essential characters, such as Snake, that fall in battle are forever removed from the player's list of available soldiers to deploy. All captured enemies can be examined at the main menu to see what attributes and abilities they have. An ally's attributes represent their various skills when deployed, while special abilities may allow them to do something better than another character, on or off the field of battle.

From the main menu, players can organize their squads that they intend on deploying on missions. Alternatively though, a player can send troops to other areas to investigate and attempt to procure items. Similarly, captured scientists and engineers, as well as normal soldiers, can be assigned research detail, which will unlock new weapons and items that the player can equip on their characters. Reminiscent to the backpack menu introduced in Snake Eater, before a mission begins, players can actively choose and customize the equipment carried by each troop being deployed. This means that players must plan in advance and for any occasion before launching a mission, because they will not have access to their remaining supplies once a mission has begun. The game progresses through "days" on the main menu, and with each passing day, a player's research will increase if there are troops working on it and scouting parties may come back with valuable intel. It also gives the player's units time to rest and recover from previous missions. Units that see combat that are injured retain all their injuries when the mission is completed and must be healed or left to rest in order to recover an lost health.

While capturing soldiers is perhaps the easiest way to gain units, players can also attempt units by scanning and connecting to wi-fi hotspots they come across, but this can only be used once per hotspot. Similarly, players can obtain units by making use of the PSP's GPS Receiver, generating units depending on the player's location in the real world. Players can also trade with others through the wireless play online, as well as pit their soldiers against another player's.
Syphon Filter: Logan's Shadow Tom Clancy's Splinter Cell Tom Clancy's Splinter Cell: Chaos Theory Syphon Filter Syphon Filter 2 Syphon Filter 3 Syphon Filter: Dark Mirror Spy Fiction 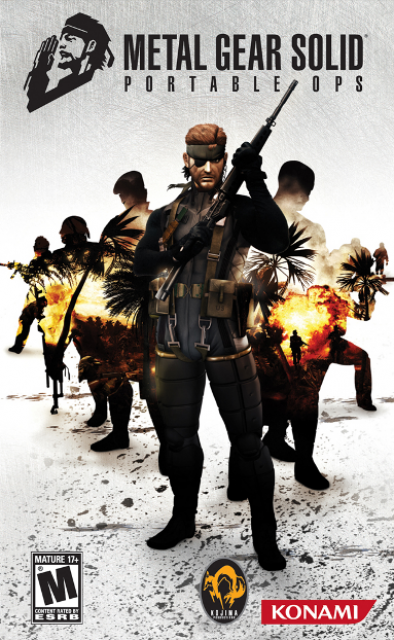